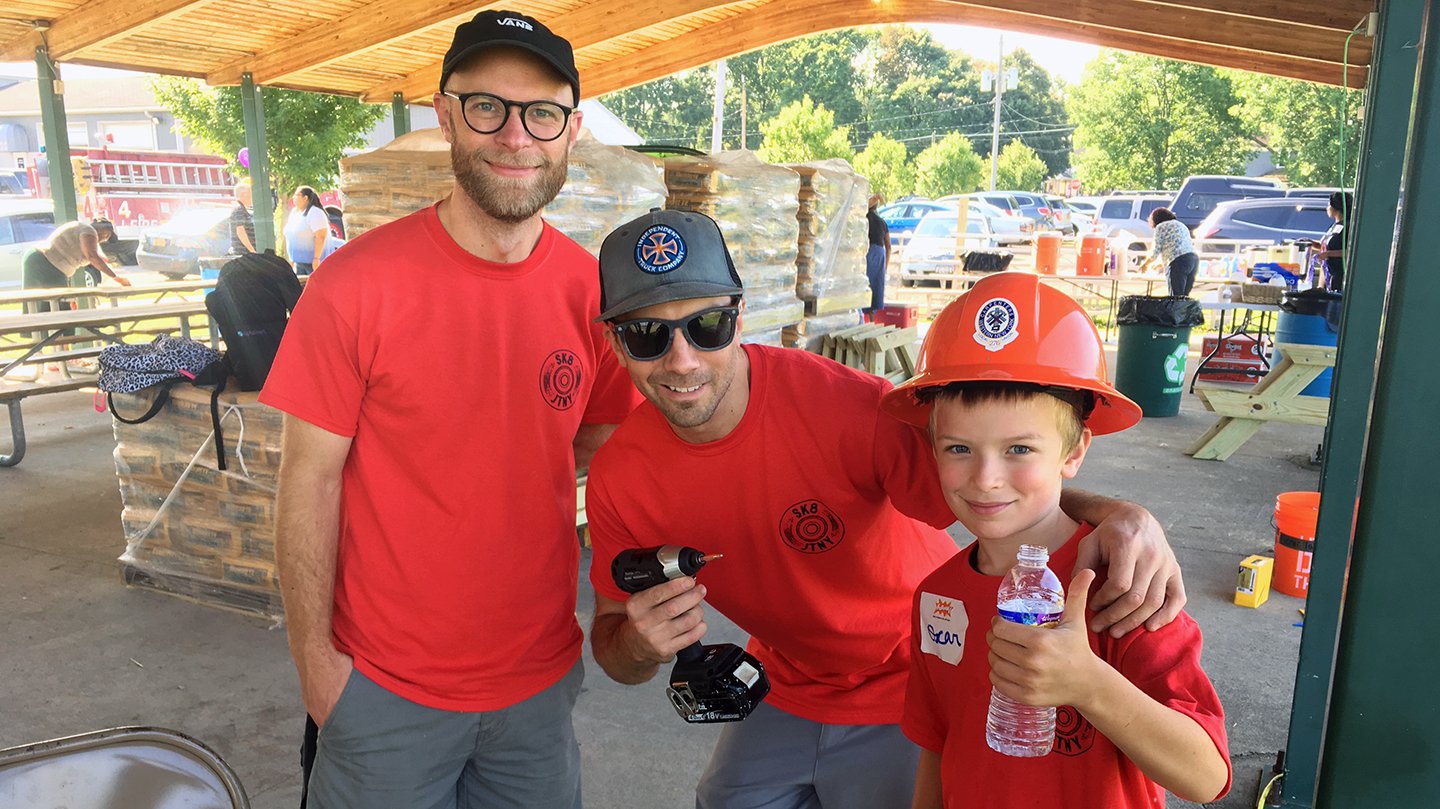 Jamestown, New York is one of the latest communities in the Built to Play service area to be awarded a $250,000 matching grant to build a new skatepark there.

Buffalo, NY (December 7, 2018) — Launched earlier this year, the Built to Play Skatepark Program has just awarded another two grants to create public skateparks in Buffalo and Jamestown, New York, for a total of eight grants worth $2-million. Built to Play Skatepark Grants are made possible through a partnership between the Tony Hawk Foundation and the Ralph C. Wilson, Jr. Foundation, and offer up to $250,000 in matching funds to skatepark projects in low-income communities in Southeast Michigan and Western New York.

Buffalo and Jamestown join previous recipients Amherst and Rochester, New York, and Detroit, Ferndale, Ypsilanti, and Port Huron, Michigan, which all have community-driven skatepark projects underway. The $250,000 awards require each community to raise matching funds, but include ongoing support and guidance from Tony Hawk Foundation staff. THF has been assisting local groups in the U.S. to create free, public skateparks since 2002, and to-date has helped open 556 skateparks in all 50 States.

“There has never been a skatepark opportunity on the scale of what the Tony Hawk Foundation is offering with the Ralph C. Wilson, Jr. Foundation,” said THF Programs Director Peter Whitley. “This unprecedented skatepark grant has already sparked advocacy throughout the region, and we think it will continue to grow as these new parks are built.”

The new skatepark projects in Buffalo and Jamestown are testament to the impact the Built to Play Skatepark Program has had in the region. “This is a dream come true for the skaters of Jamestown!” said Pete Scheira of the Jamestown Skatepark Project. “We are so lucky to have such a supportive community and local government in this awesome little city. We can’t thank the Ralph C. Wilson, Jr. Foundation and the Tony Hawk Foundation enough for the work they do in skatepark advocacy and keeping our youth active!”

With a robust skatepark underway at Riverside Park in Detroit, beside the Detroit River, Buffalo’s new skate plaza along its Lake Erie waterfront virtually connects the two Built to Play regions. “The Tony Hawk Foundation’s grant to complete the skate plaza in Ralph C. Wilson, Jr. Centennial Park is great news for what has become a popular attraction over the past two years,” said Buffalo Mayor Byron W. Brown. “Since 2013, my administration invested $500,000 from the city’s capital budget to create the new recreation feature, and the additional $250,000 from the Foundation, which will be matched by the city, will enhance the skate plaza into the space we had envisioned.”

The eight Built to Play Skatepark Grants awarded in 2018 are just the beginning. Grants for new skatepark projects are currently available, and community advocates in the sixteen-county BTP service area should visit www.skatepark.org/built-to-play/ for more information.

Skatepark projects throughout the U.S. may also currently apply for Tony Hawk Foundation Skatepark Grants. More information on that can be found at www.skatepark.org.

Domestically, the Foundation’s Skatepark Grant program has awarded over $7.9-million to 611 communities in all 50 States. The Foundation focuses on working with local officials and grassroots, community-based organizations that plan to hire designers and contractors with strong experience designing and building skateparks.

Ralph C. Wilson, Jr. Foundation
The Ralph C. Wilson, Jr. Foundation is a grantmaking organization dedicated primarily to sustained investment in the quality of life of the people of Southeast Michigan and Western New York. The two areas reflect Ralph C. Wilson, Jr.’s devotion to his hometown of Detroit and greater Buffalo, home of his Buffalo Bills franchise. Prior to his passing in 2014, Mr. Wilson requested that a significant share of his estate be used to continue a life-long generosity of spirit by funding the Foundation that bears his name. The Foundation has a grantmaking capacity of $1.2 billion over a 20-year period, which expires January 8, 2035. This structure is consistent with Mr. Wilson’s desire for the Foundation’s impact to be immediate, substantial, measurable and overseen by those who knew him best. For more information visit www.rcwjrf.org.