15 June 2016 (Burlington, VT) — Locals attending the naming ceremony for Burlington, Vermont’s Andy “A-Dog” Williams Skatepark were surprised to see a familiar face in the lineup around the 21,000-square-foot park’s bowl, as Tony Hawk made an unannounced appearance at the June 4 event and helped inaugurate the newly named park by demonstrating its true potential.

Hawk arrived with fellow Birdhouse Skateboards pros Shawn Hale and Clint Walker, and South African phenom Thalente Biyela, who blended in with the park’s regulars and enjoyed the downtown-waterfront scenery, as well as the skatepark’s many unique features. With a flowing streetscape surrounding an amorphous flow bowl that descends to a 10-foot depth at one end, A-Dog Skatepark has become one of the Northeast’s premier skate destinations.

Check out the RIDE Channel video featuring highlights from Tony Hawk’s surprise visit to the A-Dog Skatepark in Burlington, Vermont.

Also, see photos from the event on THF’s facebook page.

The park is the result of more than ten years of persistent grassroots advocacy. Spearheaded by Brendan Foster and Trina Zine of Burlington’s Maven Skate Shop, the strong community support for the project helped it qualify for funding from the Tony Hawk Foundation in 2010. “We applied for a $10,000 grant from the Tony Hawk Foundation, which was a catalyst in helping our project succeed,” said Foster. “First, it showed Burlington we had real money to bring to the table and were seriously dedicated to making this project happen. Second, we had Tony Hawk’s endorsement, a stamp of approval from the most recognized skateboarder in the world! The Tony Hawk grant shifted the project into a higher gear and we immediately gained momentum. It was a long process, but the THF grant was our first major breakthrough.”

A newly elected mayor and city council also took up the cause, and together the locals and their leadership chose a central location along the redeveloped Lake Champlain waterfront, and brought in top designers and builders from Grindline and Artisan Skateparks to develop the landmark facility.

Andy “A-Dog” Williams was a local skater, DJ, and artist who helped create the city’s previous temporary skatepark, and was integral to the effort to build the permanent park. When he passed from Leukemia in 2013, his friends resolved to dedicate the skatepark to him. Little did they know that the completion of A-Dog’s park also set a milestone for the Tony Hawk Foundation.

“It was an honor to be in Burlington for the A-Dog Skatepark naming ceremony and to skate with the locals,” said Tony Hawk. “We’re proud to have been involved with this project—it’s a great park that resulted from a strong grassroots effort from local advocates and a true commitment from the city. It also represents the 500th park to open with assistance from THF. Here’s to the next 500!”

“Having Tony Hawk and the members of Birdhouse crew at our grand opening was amazing, and I know Andy would have been blown away,” said Foster. “To see our childhood hero, a member of the Bones Brigade, at our skatepark in Vermont, was beyond words. It puts our skatepark, and the skate scene in New England, on the map. We’re now a skate destination, and our hope is for skateboarders from all over the country—maybe even the world—to come check out our dream come true.”

With International Go Skateboarding Day approaching on June 21, THF is celebrating the completion of its first 500 skateparks with a campaign to help create the next 500 parks.

Observe International Go Skateboarding Day by visiting your local skatepark, and by making a donation to the Tony Hawk Foundation to help THF create #500MoreSkateparks.

Communities in the U.S. that are pursuing free, concrete skateparks are encouraged to learn more about the process. Learn about THF skatepark grants.

Domestically, the Foundation’s Skatepark Grant program has awarded over $5.8-million to 596 communities in all 50 States. The Foundation focuses on working with local officials and grassroots, community-based organizations that plan to hire designers and contractors with strong experience designing and building skateparks.

The Foundation’s International Program has provided technical support and awarded $150,000 to assist youth through the Skateistan educational programs in Afghanistan, Cambodia, and South Africa www.skateistan.org.

The Tony Hawk Foundation was established by a gift from Tony Hawk. Its directors raise additional funds through events, industry donations, and continuing contributions from Tony and other entities. For more information, visit the Foundation’s Web site at donation page. You can also visit THF on facebook and Instagram @tonyhawkfoundation, and on Twitter @THF. 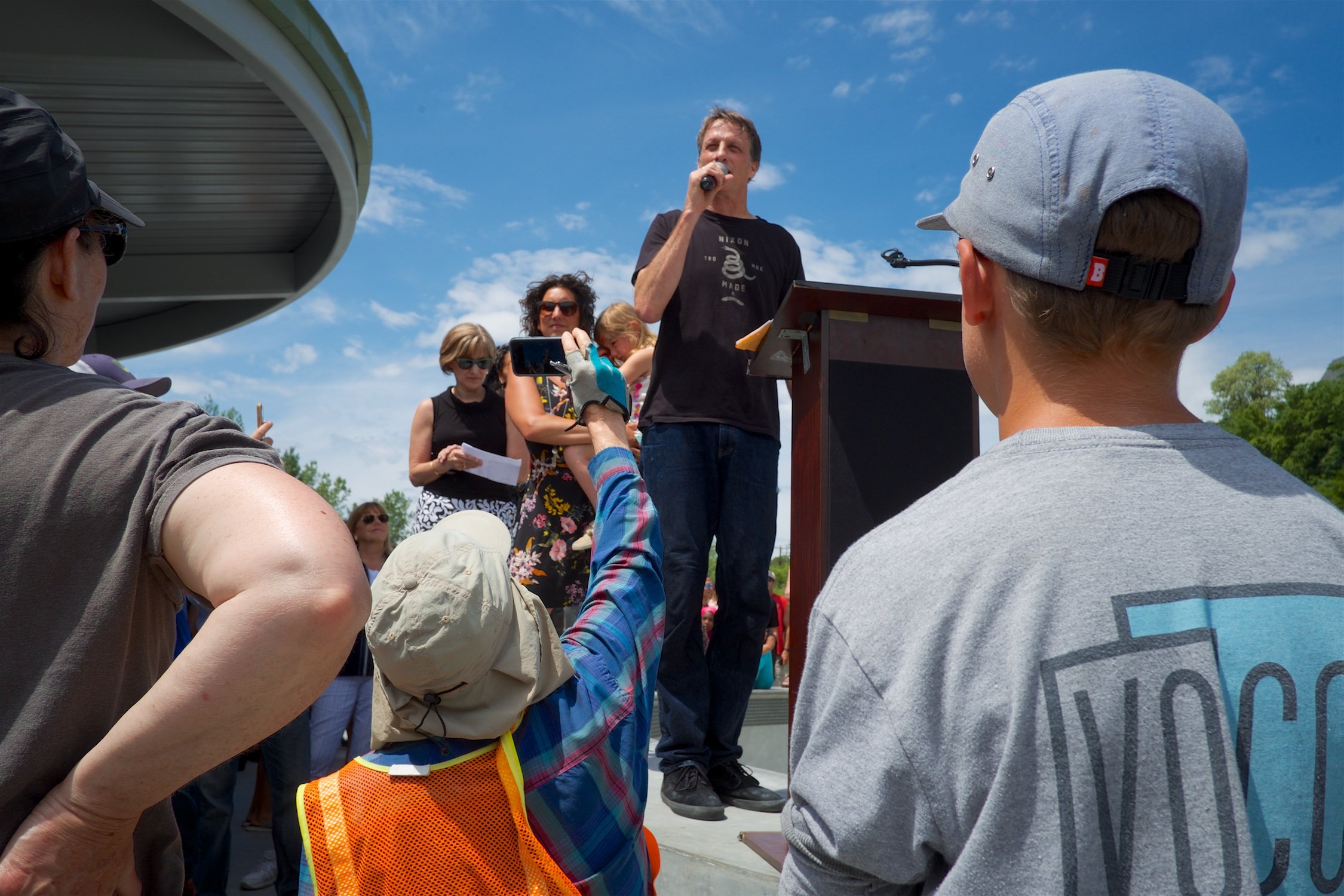 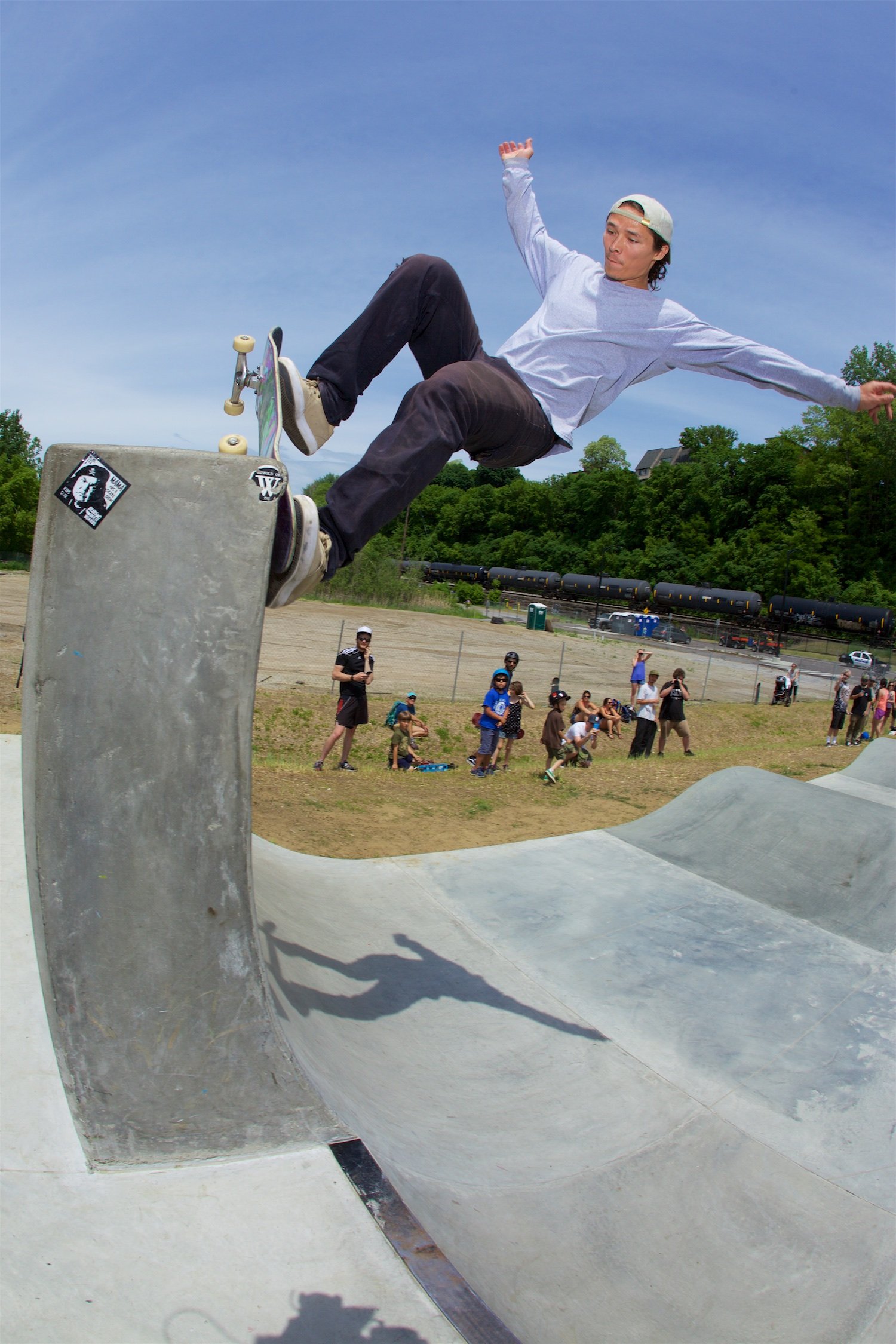 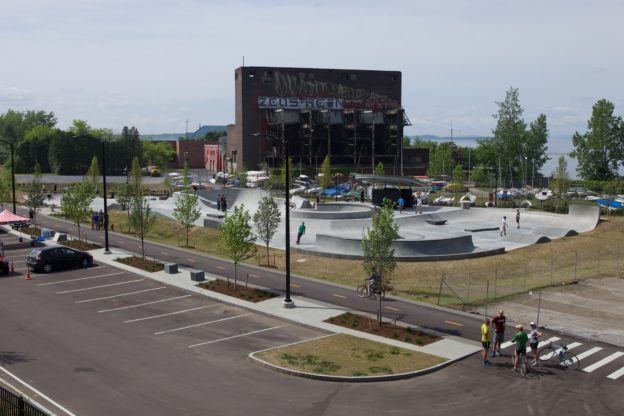 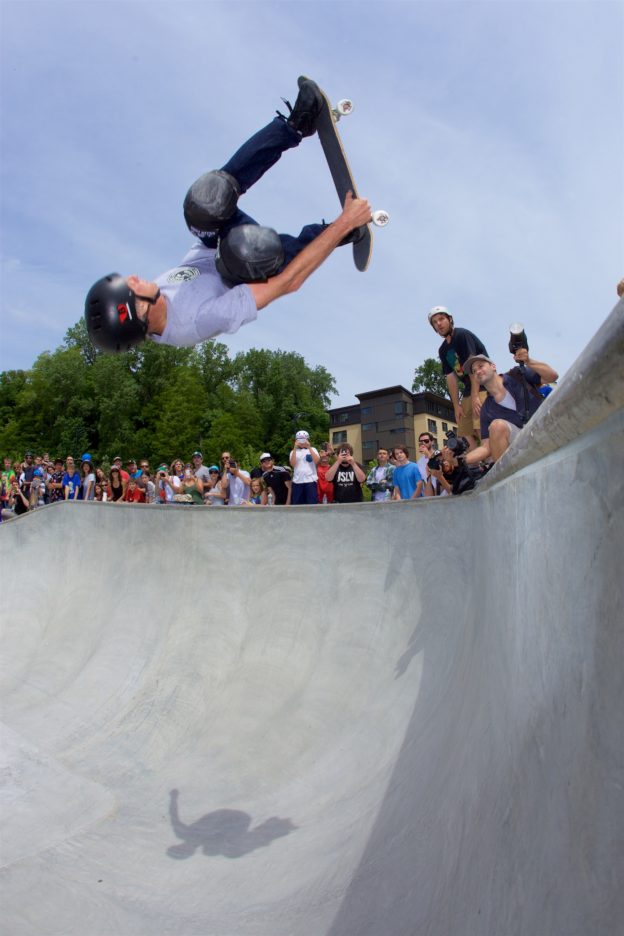