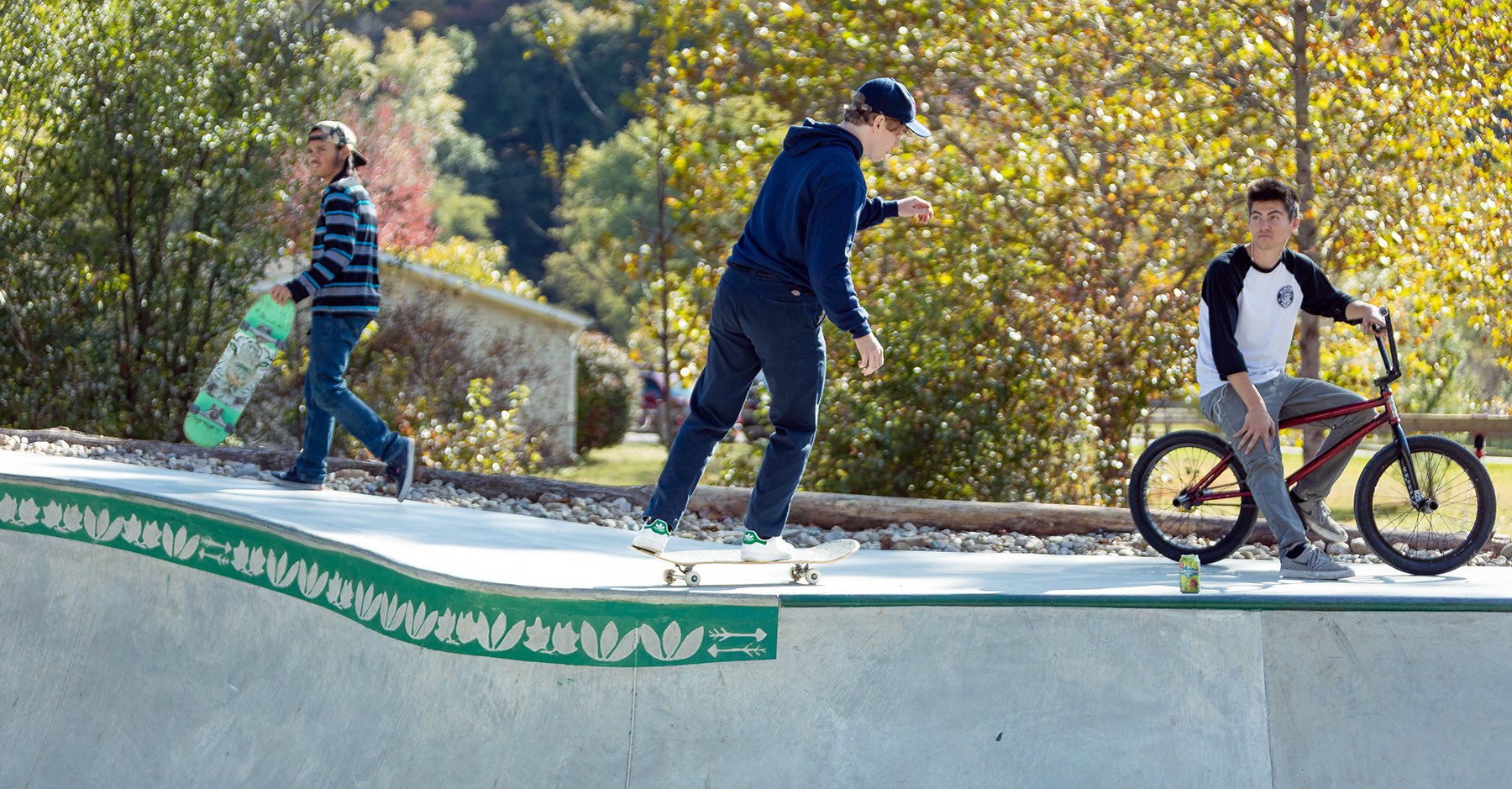 Even though it may seem like it’s always been there, the skatepark down the street didn’t materialize from thin air. No angels gently lowered it into place from the heavens above. It was not even the product of some bureaucrat’s inspired vision. There was no Parks Director rallying the community to support it. It didn’t spring forth from an unused pile of money. The skatepark didn’t start out with a plan or a team.

There was something, though, because the skatepark didn’t create itself. That something was an advocate; the person who believed they could get a new community skatepark for the town. And that’s exactly what they did.

The years of service that public skateparks provide produces lasting and profound benefits for the neighborhoods that they serve, but that doesn’t mean that all communities are quick to produce them.

This also means that a lot of people have stepped up for their communities, but that’s not the remarkable part. What makes this incredible is that the action of these individuals mobilized groups, who advocated to their communities, which persuaded local leaders to back these movements. A public skatepark isn’t the single enterprise of a lone wolf. It’s the culmination of that wolf forming a pack that works together for the greater good.

Tony Hawk Foundation staff have worked directly with over 700 individual skatepark projects and are introduced to about eight new projects every month. So, THF has a good sense of where skatepark advocates get stuck.

“I’m doing stuff, but nothing is happening.”
Sometimes a person can’t quite figure out why their skatepark project is stalled, or even if “stalled” is the right word for it. A skatepark project requires that private companies, the public, and local government all come together on scope, cost, and procedure. The task of coordinating the skatepark project is the advocate’s responsibility, at first. It’s a lot of stuff to manage for a project that nobody in the community has any experience with.

“We want X, but they want Y.”
When it comes to public space, skaters are used to being unwanted (and often evicted). The task of negotiating and finding compromise falls to the advocate. When a community has never produced a skatepark before, the “experiences” of local skaters are often overlooked or underappreciated. The advocate is in an awkward “peace-maker” position when a powerful stakeholder, like the City, insists on a location, style, or policy that is unpopular with the local skateboarding community.

“Everyone loves the idea, but the money’s not following.”
Support in any form is appreciated but, like they say, cash is king. Advocates everywhere have heard their skatepark proposals greeted with enthusiastic approval … provided the skateboarders are willing to pay for this new facility. Advocates quickly learn that the skatepark will be funded by a variety of sources—sometimes including local government, and sometimes not. Every skatepark has a funding history as unique as a fingerprint.

THF is best known for its construction-grant program. These grants are awarded to eligible projects in the United States that demonstrate lots of community engagement and support. Once awarded, the grant helps draw attention to the project and enhances future fundraising activities. The more than $10-million THF has awarded communities since 2002 has resulted in approximately $120-million in community-skatepark investment, which makes THF awards highly leveraged and far more valuable than the amount of the grant.

“There’s an anti-skatepark coalition!”
Skateboarders aren’t known for their political influence and the advocate’s best-made plans are vulnerable to all kinds of disruptions and distractions, whether it’s an energetic NIMBY or a district councilperson who sincerely believes skateboarding leads to delinquency and that the skatepark sends the wrong message to youth. (Really, you’d be surprised!)

When it comes to skatepark advancement, nobody has more credibility than the Tony Hawk Foundation. That’s why THF is who advocates turn to when they struggle to be heard in their community.

Helping skateboarding communities means providing opportunities for skateboarders to build agency and empowerment. It’s deeply fulfilling work that you, our supporter, can take pride in.

Tony Hawk Foundation
A charitable, non-profit organization, the Tony Hawk Foundation was established in 2002 by its namesake, professional skateboarder Tony Hawk. THF promotes and provides advocacy training and funds for high-quality public skateparks in underserved communities throughout the United States that promote healthy, active lifestyles, and to International programs that enrich the lives of youth through skateboarding.