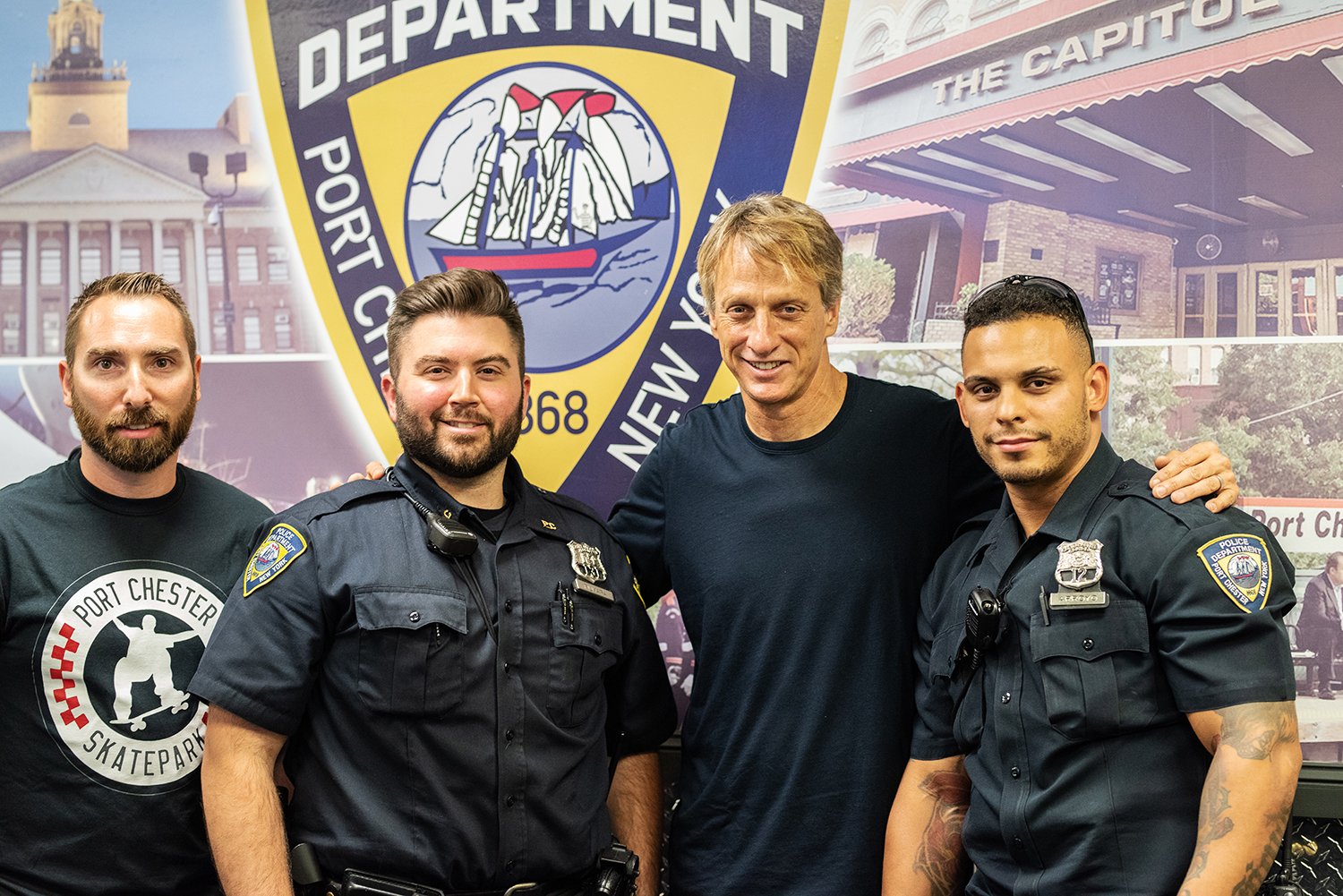 Vista, CA (November 8, 2019)—From Anchorage, Alaska to Port Chester, New York, the Tony Hawk Foundation announces the latest recipients of its skatepark grants. Since 2002, THF has been assisting local leaders and community groups in the planning and funding of their free, public skateparks, and these latest grant recipients represent not only geographic diversity, but include everything from a rural village to a major metropolis.

With fewer than 100,000 residents, Reading Pennsylvania was home to the famous 1970s-era Magic Skatepark that continued to be skated into the 1990s and was a mecca for East Coast skateboarders. Local efforts for a new public skatepark began in 2016 and have been led by the Reading Skatepark Association, which has held a range of fundraising and community-awareness events, including dinners, bake sales, and the aptly named ShReading Fest. With the THF skatepark grant, the RSA is now more than halfway to its fundraising goal, and hopes to break ground on its skatepark in Spring 2020.

“The Reading Skatepark Association is very honored to be the recipient of the Tony Hawk Foundation grant,” said the RSA’s Lynne Burns. “This has a great effect on the youth of this community, whose needs often go unaddressed. The young people of Reading need to be shown that they are worthy of having both their peers and the adult community advocate for them to have a safe, accessible place to enjoy—a facility that is being built with their likes and needs in mind, and not just another project geared to adults. The Reading Skatepark Association strives to not only have the new skatepark be a venue of sport and exercise, but where the youth of Reading can be empowered to be part of the next generation of leaders and be advocates for a better, healthier community.”

THF and the communities it serves have benefited from the generosity of the foundation’s supporters and sponsors, and this Fall several THF skatepark grants were made possible by former skatepark advocates and musicians Portugal. The Man (Anchorage, Alaska), Clif Bar & Company (San Francisco, California), and the Alex LeVasseur Memorial Fund (Laramie, Wyoming), which supports skatepark projects that demonstrate a strong commitment to local youth and exemplary community outreach efforts.

Through its partnership with the Ralph C. Wilson, Jr. Foundation, THF has also been able to offer substantial matching grants to skatepark projects in Southeast Michigan and Western New York. With a goal of reducing the environmental impact of new skateparks, the Built to Play Skatepark Grant program now has an environmental-impact component that promotes responsible planning and building strategies, and offers up to $300,000 in matching grants. In its first year, Built to Play helped fund fourteen skatepark projects, with two already open in Michigan and its first in New York due in early 2020.

With a population of 1,598, Ellicottville, New York is nevertheless pursuing a substantial 10,000-square-foot skatepark, a space suitable for a community many times its size. But local advocates believe the skatepark will attract a much broader range of users than expected. “That’s the great thing about skateboarding—it knows no boundaries,” said Brenda Perks of the Ellicottville Skatepark Committee. “It’s an activity with a presence across all demographics. Families are taking up the sport together. Parents who skated as teenagers are now introducing it to their kids.  Individuals with disabilities are able to enjoy the sport, thanks to funded programming and innovative equipment. It’s for everyone!”

The Tony Hawk Foundation and Built to Play Skatepark Grants will be available again this Winter. Follow THF on social media or sign up for the Skatepark Insider newsletter at www.skatepark.org and receive the announcement in your e-mail inbox. For more information about starting a public-skatepark project in your town, visit THF online or write to us at contact@skatepark.org.

The Ralph C. Wilson, Jr. Foundation is a grantmaking organization dedicated primarily to sustained investment in the quality of life of the people of Southeast Michigan and Western New York. The two areas reflect Ralph C. Wilson, Jr.’s devotion to his hometown of Detroit and greater Buffalo, home of his Buffalo Bills franchise. Prior to his passing in 2014, Mr. Wilson requested that a significant share of his estate be used to continue a life-long generosity of spirit by funding the Foundation that bears his name. The Foundation has a grantmaking capacity of $1.2-billion over a 20-year period, which expires January 8, 2035. This structure is consistent with Mr. Wilson’s desire for the Foundation’s impact to be immediate, substantial, measurable and overseen by those who knew him best. For more information visit www.rcwjrf.org.