Predictions? We’ve Got Some! THF’s 2020 Foresight 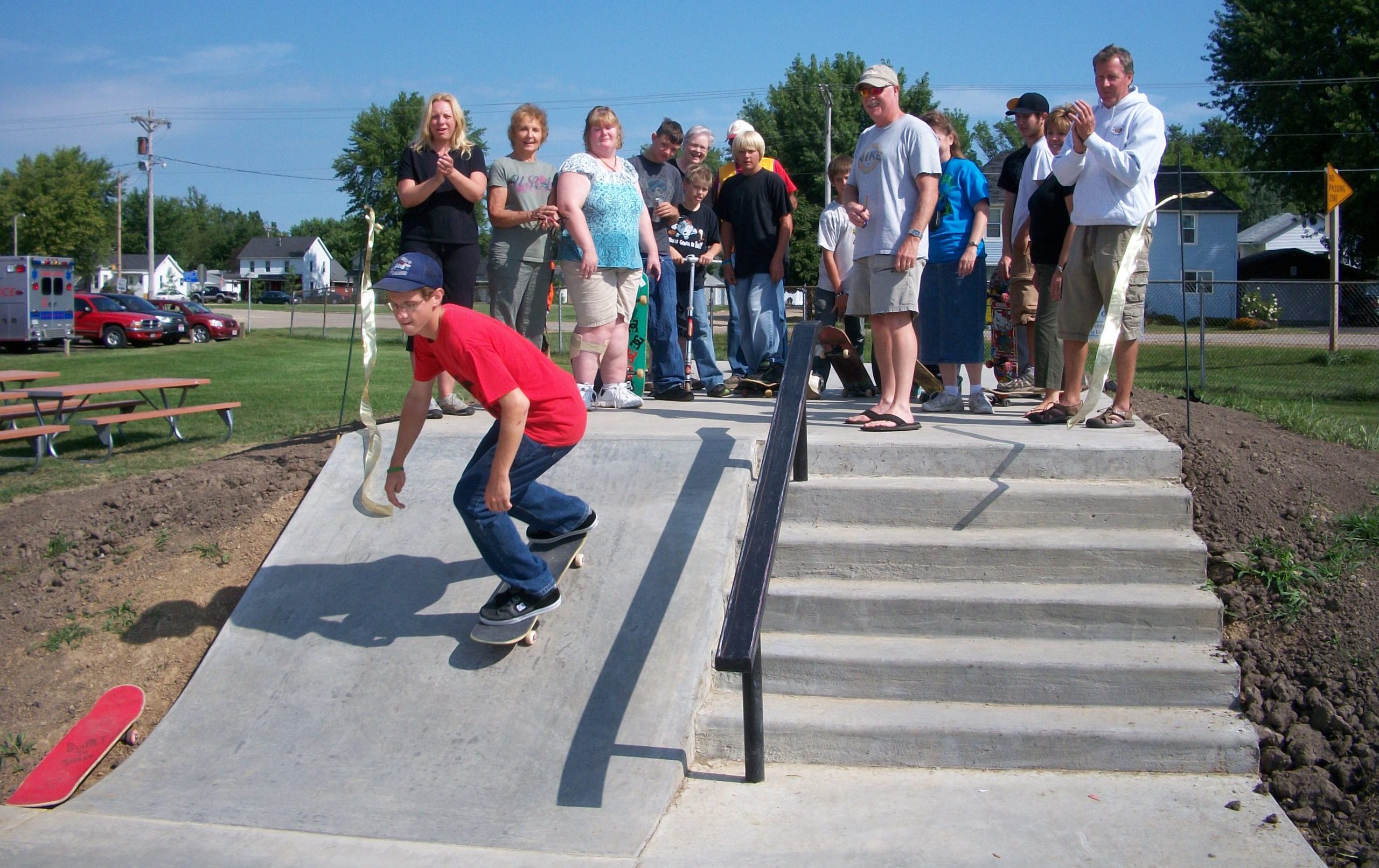 Skaters and residents in Hanover, Illinois came together to build the future of their community, which includes a skatepark.

We spend a lot of time thinking about the state of skateboarding and skateparks. There’s no greater time for reflection than the end of a decade. A lot has changed since 2010 for skateboarders everywhere, and those changes suggest that things are going to get even more interesting as we head into the Twenties.

We surveyed Tony Hawk Foundation staff, and walked the offices that THF shares with Birdhouse Skateboards and 900 Films to collect some predictions, for better or worse, for the coming decade.

A vision of the near future, as seen from our hallway:

• There are more older skateboarders than ever. More community leaders have first-hand experience being skateboarders in their youth, and those experiences create a friendlier environment for skateparks and other kinds of skate spaces. Burnside Skatepark in Portland, Oregon, which was a catalyst for the current public-skatepark boom, turns 40.

• Young people are drawn to skateboarding in record numbers, too. Parents who skated in their youth see skateboarding (and the skatepark) as a fun, healthy activity to share with their kids. The need for skateboarding classes of all types is high, particularly among adult learners. There are more camps and training programs for competitive and professional skateboarders, too. The international language of skateboarding is celebrated as a way for young people from all areas to interact around a common interest. The Olympics spark conversations about skateboarding and skateparks in thousands of places, leading to an uptick in demand for public skateparks, but also to changes in policy and practices in youth engagement.

• Data collection and digital storytelling is easier than ever. Skaters have drones and rolling “chase cams” to film their tricks. Imaging technology allows skaters to see and follow the paths of previous skaters. Online games and smart-glasses or headsets feature virtual obstacles, like slalom cones that must be avoided or rings that are “virtually” passed through for higher scores.

• Modern technology offers new ways of interacting with the skateboard. Hardware sends performance data directly to your device so you can track your activity and share with your friends. Smart boards identify tricks as you do them and even offer advice if you’re struggling. Parents everywhere are keen on the helmet that knows when it’s being worn. Pads are lighter and less intrusive than ever.

• Multi-use spaces allow skating in all kinds of places that used to be prohibited. Some shopping mall concourses feature public mini ramps and street obstacles and serve as a way to activate the space while meeting a public need. The market for skateboarding deterrents has declined but the demand for durable park furnishings that can withstand, or even accommodate, skateboarders’ needs hasn’t. A few companies now offer a “universal skateable bench” that promises to be indestructible. Skate spots and skateable furnishings have emerged as the new low-budget stop-gap for communities unable to produce full-size facilities.

• Skate shops offer boards created in-house where customers pick their favorite type, shape, and graphic, and fabricated while they wait. For the first time a board features animated graphics. Some shops have special skate treadmills that can produce a host of skateboarding experiences in a small indoor space. In some places you can order on your mobile and have a new, gripped board droned to your location within the hour.

• There are more types of skateboards and skateboarders. Skateparks now attract an eclectic group of people on all kinds of human-powered and electric devices. Scooters and BMX are still common at most skateparks, but trick electric skateboards and electric inline skates are posing new challenges due to their faster speeds and need for more space.

• Skateboarding policies across the United States continue to be more inclusive. Thanks to better research, our understanding of skateboarding is more comprehensive. Public perception has changed and the stereotype of the “bad boy skater” seems even more old-fashioned and out-of-touch. This public acceptance can be seen in the fewer fences and gates surrounding new skateparks, and the removal of those enclosing older skateparks.

The coming decade is absolutely going to see more skateparks being built. The nation has never had as many places to skate as it does now, and that is going to only get better. Here’s to the twenty-twenties—decade of the skatepark!