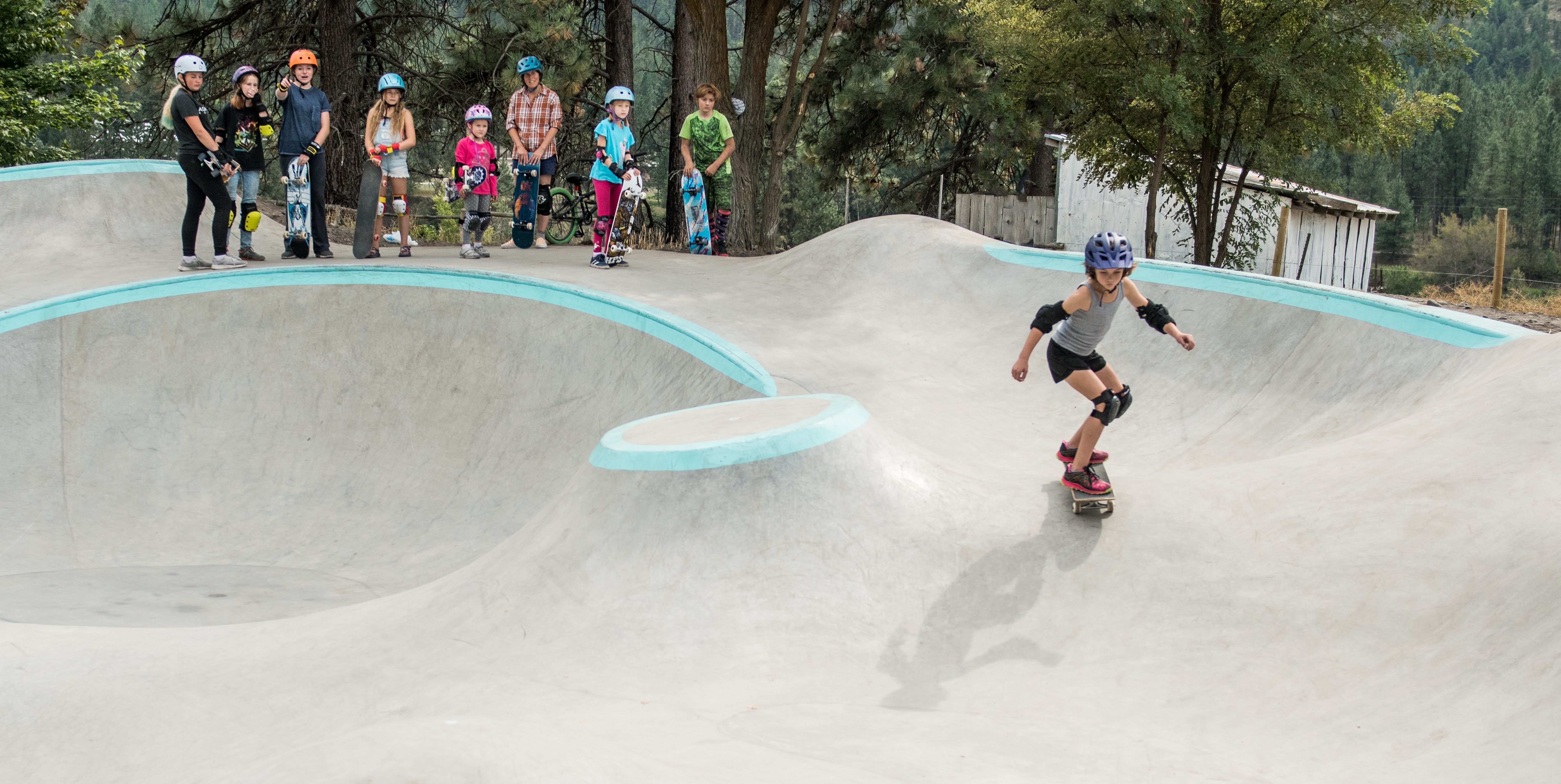 Tony Hawk Foundation staff are introduced to a lot of skatepark projects and have a sense of an average “community skatepark effort.” While every project is unique, the sequence of challenges remains more or less the same. Every group navigates this process with their available skills and experiences, and so every team THF works with is unique … and so are their projects. THF has supported skatepark projects in the nation’s largest cities, unincorporated county villages, and everything between.

One thing is true for all skatepark projects. Funding is the biggest determinant on the skatepark’s character. Funding will impact the size of the park, but also its features, amenities, and location.

These projects face challenges that larger cities may not. In a rural town, for example, finding an appropriate location for a new skatepark is not usually difficult. Space is not at a premium in a country town like it will be in a bustling city. Among communities that have opened their skateparks with THF funding, the average facility is 11,402 square feet to serve a population of 69,109.

Funding in smaller communities is more difficult than in larger cities and this results in smaller towns compromising on size and quality in their skatepark projects. It is likely that there is a wider network of local organizations and agencies to seek support from in a larger city than in a small town. Small-town skateparks are, on average, less than half the size of skateparks in larger cities.

Average THF-project Population: 69,109
89% of THF grants are awarded to communities with fewer than 100,000 residents.

The cost of mobilizing special construction teams in geographically isolated areas and transporting materials to distant communities is significant. So, not only is fundraising more difficult but the cost for producing the skatepark is more expensive. These rural disadvantages are just one reason why THF puts so much attention on remote communities.

# # #
Tony Hawk Foundation
A charitable, non-profit organization, the Tony Hawk Foundation was established in 2002 by its namesake, professional skateboarder Tony Hawk. THF promotes and provides advocacy training and funds for high-quality public skateparks in low-income areas throughout the United States that promote healthy, active lifestyles, and to International programs that enrich the lives of youth through skateboarding.