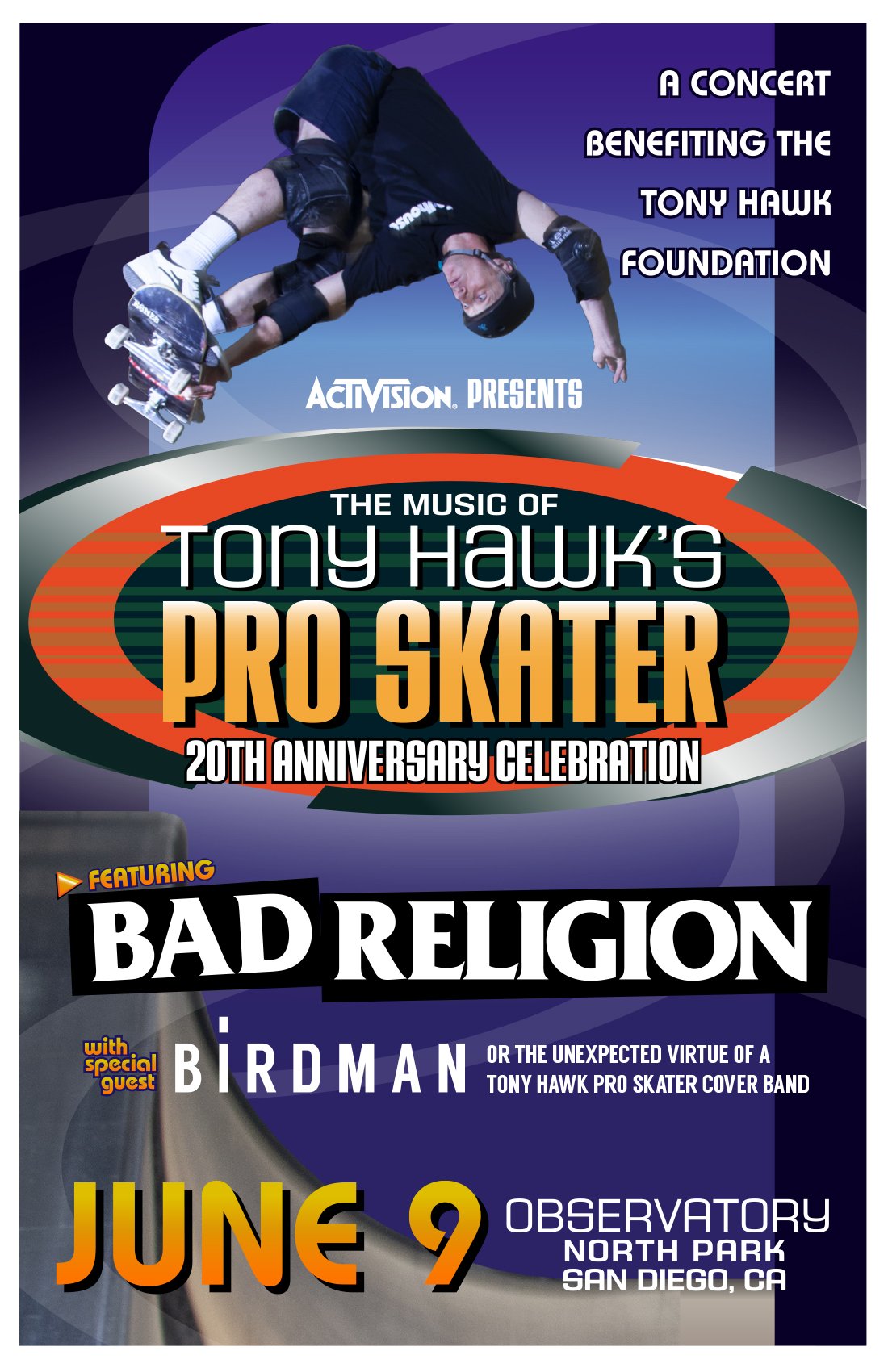 In an effort to raise money for a great cause while commemorating the 20th anniversary of the Tony Hawk’s Pro Skater video game and its iconic soundtrack, Bad Religion will be bringing their hard, fast beats, big hooks, and rousing choruses to San Diego, California at The Observatory on June 9, 2019. The event will also feature an opening act by Australia’s Birdman: or The Unexpected Virtue of a Tony Hawk Pro Skater Cover Band, which will be nothing short of a THPS soundtrack nostalgic joyride. All event proceeds will benefit the Tony Hawk Foundation and its mission to enrich the lives of youth through the creation of skateparks and skateboarding programs.

“I can’t believe it’s been 20 years since the first THPS game was released,” said Tony Hawk. “The series has included many iconic bands and skaters over the years, so it’s a great time to celebrate the success and impact it has had over the last two decades. Having Bad Religion headline the show is a huge honor and raising funds for the Tony Hawk Foundation will be the ultimate goal of this unique event. We also have plenty of surprises in the works.”

In addition to General Admission tickets, there are also tickets available to a VIP Reception hosted by Tony Hawk, which includes a signed skateboard deck. Tickets are on sale now at: https://bit.ly/2GhnMUL

The event will also include select hands-on gameplay stations featuring Tony Hawk’s Pro Skater, as well as appearances by some of the original skaters featured in the game! The Tony Hawk Foundation will also host a raffle at the event with tons of unique and specialty items up for grabs. All proceeds benefit the Tony Hawk Foundation, so come early, stay late, rock out, and support the cause!

If you would like to further support our fundraising benefit by donating items to our raffle, please contact: colin@skatepark.org

ABOUT THE TONY HAWK FOUNDATION

Domestically, the Foundation’s Skatepark Grant programs have awarded over $9-million to 623 communities in all 50 States. The Foundation’s International Program has provided technical support to skatepark projects on every continent and awarded $150,000 to assist educational programs in Afghanistan, Cambodia, and South Africa.