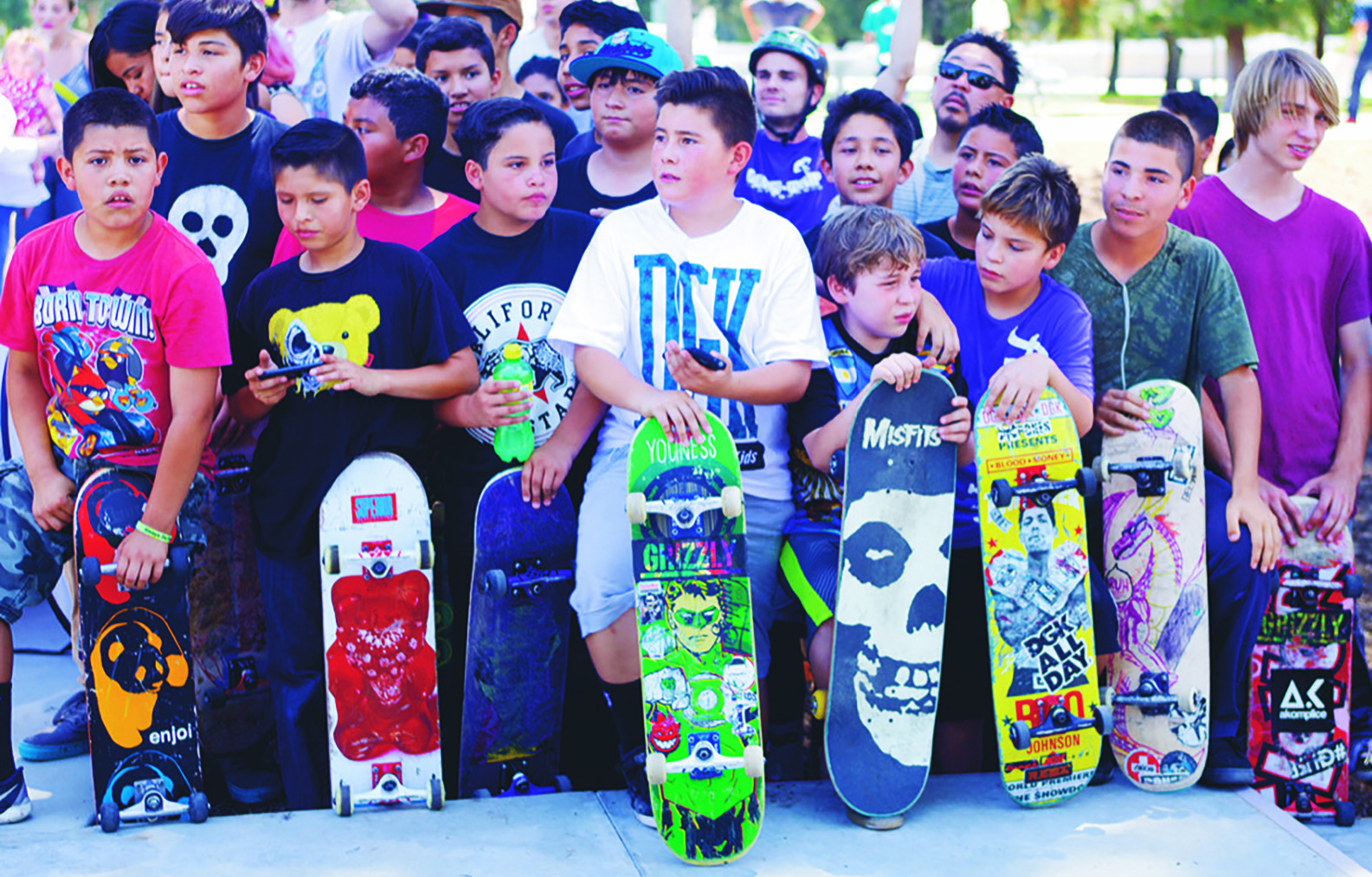 Los Angeles, Calif. (26 February 2020) – A first-of-its-kind study of skateboarding culture reveals that skateboarding improves mental health, fosters community, and encourages diversity and resilience.  The study, conducted by the Pullias Center for Higher Education at USC’s Rossier School of Education and USC’s Annenberg School for Communication and Journalism, also showed that gender and race do matter within the skateboarding community.

The Beyond the Board study included a survey that targeted 13-25 years-olds and received over 5,000 responses including a significant number from skaters who identified as female and/or as a skater of color. Interviews were also conducted with 120 skaters and skate community stakeholders in seven cities across the US. The findings fly in the face of commonly-held misperceptions around skateboarding culture. 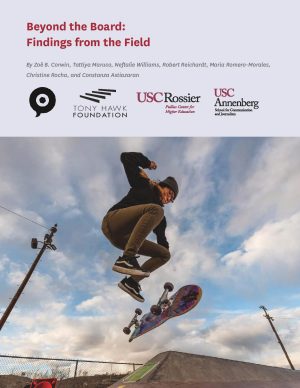 “Skateboarders are prone to being labeled by society as rebels, social deviants or rule-breakers,” notes the Pullias Center’s Dr. Zoë Corwin, the study’s principal investigator. “Stereotyping masks an array of valuable skills obtained through skateboarding. The study aims to redefine what it means to be a skateboarder and highlight connections among skateboarding, education and career.”

“Our research shows that through skateboarding, skaters develop the ability to communicate and build relationships with people from diverse backgrounds,” highlights Neftalie Williams, a scholar in race and skateboarding culture and also an expert in skate diplomacy who served as a researcher and co-author on this project.  “Skaters are excellent critical thinkers and problem-solvers who view success from a more communal perspective.  They bring that insight into other areas of their lives which is valuable to any university or organization.”  The study also explored how the skills that skaters have learned could be better understood by educators and community leaders in the same way that people understand the values of traditional sports.

Key findings from the study include:

Skateboarding improves mental health – The vast majority of skaters surveyed indicated they skateboard for fun and/or to relieve stress. This finding takes on great significance in light of teen suicide rates and the prevalance of depression.

Skateboarding and skateparks facilitate a sense of community among skaters – Skateboarders reported the value of connecting with people who share similar passions in skateparks, skate shops, and at skating events. Those encounters often facilitate intercultural communication and offer skaters the opportunity to interact with, and gain an increased understanding of, skaters of diverse racial, age and gender backgrounds.

Skateboarding encourages resilience – The nature of skateboarding requires skaters to learn on their own and develop their own strategies to succeed.  Skaters frequently perform a trick hundreds of times over long periods before developing proficiency or experiencing reward for the efforts.  Skaters in the study reported that they apply these lessons of resilience to their lives outside of skateboarding.

Gender and race matter – The study also showed that skaters of color felt a greater degree of safety from judgment within the skateboarding community than in nonskate contexts.  Female skaters indicated they believe they are judged by their gender both in and out of skateboarding contexts.

Information about the study, including the latest report and a previously issued white paper highlighting early findings from the first wave of the study, can be found on the Pullias Center website.  In addition to funding from the Tony Hawk Foundation, the study was also conducted in partnership with APA Consulting.